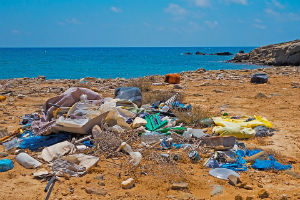 VIRGINIA BEACH, Virginia – People attending a Memorial Day event left 10 tons of trash on the beach. This occurred over the Memorial Day weekend.

Specifically, Floatopia is the event. Furthermore, it was located at Chic’s Beach.

Officials of the City of Virginia Beach reported to the media that they removed 10 tons of trash in the wake of the event. Additionally, 10 tons is equivalent to 20,000 pounds.

Media asked Lankford if this amount of cleanup was normal. He responded, “We’ve had some problems and it’s been heavier than usual but this was probably the worst.”

The City of Virginia Beach dispatched a small crew to clean up on Monday morning. Moreover, only nine people were on the crew. However, they were able to clean up the beach in only about four hours.

Additionally, City Councilman Michael Berlucchi posted a picture of trash on the beach. He commented, “I was disappointed to wake up this morning to see images of trash all over our beautiful Chesapeake Bay beach after Sunday’s festivities. We can do better than this!”

Officials are reminding citizens to clean up after themselves when visiting beaches and public areas.